Economic and Social Survey of Asia and the Pacific 1978 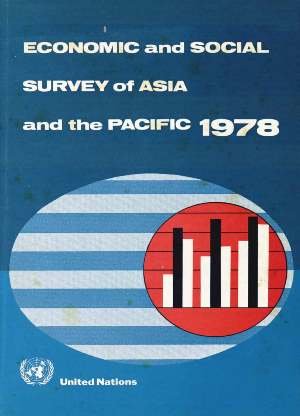 The 1978 Survey is the thirty-second annual report on the region produced by the Economic and Social Commission for Asia and the Pacific (ESCAP), and the fourth biennial review of economic and social developments during the Second United Nations Development Decade, i.e. the 1970s.

The purpose of these biennial reviews has been to monitor progress in the developing countries of the ESCAP region towards the goals established by the International Development Strategy for the Second United Nations Development Decade. The present biennial review will be the last of that name to be produced by ESCAP and future reviews and appraisals will take a rather longer time perspective of five years. This decision has arisen out of certain misgivings about both the biennial period, which is short and rather inadequate and the review and appraisal exercise itself, as the unfolding circumstances of the 1970s have been so different from those that could have been anticipated by the International Development Strategy.

The present Survey has adopted a time perspective considerably longer than a biennial one and attempts a review of the 1970s decade as a whole. Chapter I summarizes some of the major developments in the ESCAP region. Chapters II and III constitute the main body of the Survey and review in detail key elements of economic and social performance, as far as possible making comparisons of performance with the 1960s. The separation into two parts of the mainly “economic” and mainly “social” considerations (respectively Chapter II and Chapter III) is artificial but has been done to facilitate exposition. In particular, one section in Chapter III gives specific attention to performance in respect of the satisfaction of basic human needs, which lies at the heart of the development process. Finally, Chapter IV looks ahead to the 1980s and the new International Development Strategy, assessing the shortcomings of the Strategy during the current decade and highlighting some essential elements of a new strategy from the point of view of this region.