Economic and Social Survey of Asia and the Pacific 1979 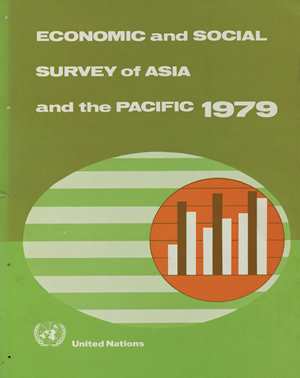 In recent years, in addition to the review and analysis of economic and social developments, it has been the practice to present in the Survey reports of studies concerning major issues in the countries of the region, as a contribution to the continuing effort to understand the behaviour of their economies and to assess the implications of their experiences for economic and social policy.

Part One of the present Survey contains a review of recent economic developments in the region. Part Two presents the findings of a two-year study dealing with developmental strategies for the Asian and Pacific region, conceived as a regional input into the global strategies for the third United Nations development decade. Following an introductory review of the development experience in the region during the 1960s and 1970s, the study focuses upon the broad objectives of regional development and considers issues ranging from growth potential and policies for full employment and equity, to major aspects of social development. The critical areas of energy and national resources, environment and technological progress are discussed, as are the salient features of international trade and the transfer of financial resources. To deal with the great diversity among economies in the region, the report differentiates among subregional groupings according to patterns of economic structure and performance and gives special attention to the circumstances of the least developed, land-locked and island developing countries. Implementation of the imminent strategies is given detailed attention and consideration of the role of intraregional co-operation provides a bridgehead for links between the regional and the global domains.

This Survey is published on the sole responsibility of the ESCAP secretariat. Although the contents have benefited from the comments of independent experts and of official representatives from member countries, the views expressed herein are not necessarily those of the Commission or the Governments of its members and associate members.