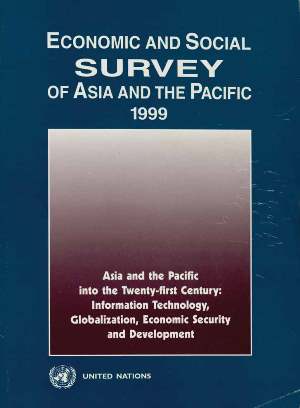 The world economy decelerated sharply in 1998, as did growth in trade volume. The flow of private finance to developing countries declined significantly and prices of primary commodities fell drastically. These unfavorable developments, which can largely be attributed to the widespread fallout of the Asian crisis, are likely to persist into 1999. The external economic environment facing developing economies of the ESCAP region is therefore hardly propitious.

The crisis had a severely contractionary impact on several economies. In consequence, the developing economies of the region, as a group, recorded an average growth rate of close to zero per cent in 1998. A mild recovery is predicted for 1999.
The eventual outcome will depend on the balance between a number of positive and negative factors. The former include the partial recovery of stock markets and currencies, moderate inflation, a downward trend in interest rates, expansionary fiscal policies and increased foreign exchange reserves; the latter include a variety of weaknesses in the financial sector, inadequate progress in corporate restructuring and slow growth of exports.

Action at the national and international level is required to prevent such a crisis in the future. In particular, substantial reform of the international financial architecture is needed, with a focus on bringing about improvements in emergency assistance, on supervision of capital flows and on the role of foreign private investors and creditors.

Despite the recent crisis, most developing countries do not seek to retreat from participation in the process of globalization. The effectiveness of the application of information and communication technology will be a major determinant of success in enhancing the benefits of integration into the global economy. Proactive national policies are therefore required encompassing, inter alia, the required physical infrastructure and skilled human resources, as well as the involvement of various private sector groups for the development and dissemination of this technology.

International and regional cooperation is essential in several areas for widening the access to information technology across countries and across groups of populations within countries. These include legal and regulatory architecture for electronic commerce, internet banking, trading of securities, standards for connectivity and interoperability of different systems, training facilities and software development.